The members of this thematic group study extremist and terrorist crimes and their perpetrators. This includes violence and other violations of law committed in the context of extremist or radical ideologies or convictions. This can be terrorist attacks or preparations for attacks, violent extremist actions against persons or companies, or individual acts of violence, like ‘hate crimes’ against minorities. Also traveling to conflict areas such as Syria and crimes committed in support of or financing of terrorism are included. 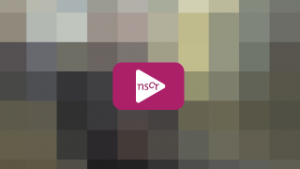 An important goal of this thematic group is to gain a better understanding of the background and life-course of perpetrators of extremist and terrorist crimes. We do this by studying risk factors and processes associated with radicalisation, participation in extremist and terrorist groups and activities, and ways to prevent radicalisation and extremist activities.
This thematic group aims to complement specific theories about radicalisation processes with more general criminological theories and theories from social and developmental psychology. The literature on radicalisation and extremism distinguishes several phases in the development towards extremist crimes, different motivations, and several ‘root causes’ and ‘trigger events’. This can well be combined with life-course criminology and general theories about offending, e.g. General Strain Theory and Situational Action Theory. We also draw on theories of political extremism that focus on conspiracy thinking, perceived deprivation, discrimination, and threats to the group. Finally, theories of identity formation are used to understand how radicalisation and involvement in extremism develops during adolescence and young adulthood.

The research topics of this thematic group focus in particular on the individual involvement in extremist crimes: what are the social, psychological and economic characteristics of perpetrators of these crimes and what does their life-course look like? We investigate the motives and history of perpetrators of extremist and terrorist crimes, determine what is decisive for the use of violence and investigate the process of desistance and disengagement. In addition, we investigate how the identity development of young people is linked to extremism or democratic citizenship. We also use survey research to investigate to what extent belief in conspiracy theories is related to extremism. Special attention is given to the relationship between criminal behavior and extremism, and the various explanations for it.

In this thematic group we use various research sources. We conduct research on the basis of a dataset of suspects of terrorist crimes registered with the Public Prosecution Service (OM). This dataset is anonymised and linked to demographic and socio-economic CBS data, and subsequently enriched with information about life-course, criminal career and family characteristics. This information is analysed by comparison with different matched control groups. In addition, we conduct research based on interviews with relevant respondents and informants, and we perform secondary data analysis of police data and public sources. Finally, we conduct a longitudinal survey in secondary schools, using existing and new tools to identify identity development and political views.