Völker will be appointed for a period of five years: ‘I consider it a huge honour to be able to lead this fantastic institute where fundamental and at the same time interdisciplinary research is done into highly relevant societal issues concerning criminal behaviour, justice and democracy.’
The choice for Völker is the outcome of an international recruitment process and positive recommendations from the appointment committee, the institute advisory board and the NSCR works council. ‘I’m very pleased with the arrival of this new director’, says Prof. Peter van der Laan, interim-director NSCR. ‘She will further help NSCR to increase its national role, and thanks to her international network, she will help give shape to its external profile.’ Völker adds: ‘As the new director, I want to focus on the connection between NSCR and universities, universities of applied sciences, police academies and other institutes. I want to help to build bridges between disciplines and organisations as well as between science and society.’ 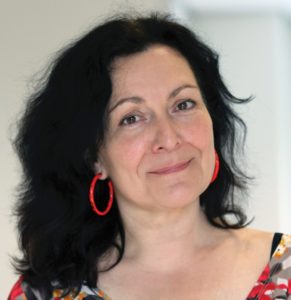 Völker works at Utrecht University, where she is chair of the Department of Human Geography and Spatial Planning (SGPL) and Professor of Urban Living and Social Networks. ‘Her scientific stature combined with her people-focused approach will further enhance the internal cohesion of the NWO institute’, says Prof. Marcel Levi, president of the NWO Executive Board. ‘At the same time, her high level of ambition and successful track record of developing and sharing knowledge will further strengthen the position of NSCR in the national knowledge arena.'

Völker has held various management, governance and educational positions. Until 2019, she was head of the research group Institutions, Inequalities and Life Course of the Department of Sociology at the University of Amsterdam, where she focused friendships and on peoples’ opportunities to establish relationships. Besides preferences, these opportunities mainly depend on the possibilities to make contacts, which in turn are determined by contexts, such as neighbourhoods, classrooms or places of work.
‘I want to contribute to the blossoming of research and innovative of ideas’, says Völker, looking ahead. ‘In doing so, I also want to engage young researchers in the Netherlands and beyond because they are the researchers of the future. And they are welcome at NSCR.’

Documenting human rights violations in Myanmar: the potential for truth-telling and accountability

Crime Harm Index: promising method to gain insight into the seriousness of crime